Hey, it’s Monday again. With me this week is Elizabeth Noble discussing her Sentries series and newest book, Ringed Love.

The Sentries series is a true series, meaning for the maximum enjoyment the books should be read in order. During each book the story builds, drawing on events and details from the previous books. Sentries as a whole is the saga of two men, Todd and Nick Ruger beginning when they’re very young men and carrying through to their later years. During each book they mature and grow, both individually and as a couple. Todd and Nick’s love for each other is the central core of not only each book, but the series.

Love alone isn’t what kept the overall story going, however.

For every book Dreamspinner Press publishes the author receives a number of forms to fill out. One of those forms asks about the themes for an upcoming release. Consistently one word I’ve added to each of those forms is ACTION. At the heart of each story is the adventures of Todd and Nick. Around every corner is another threat, human and supernatural, to be dealt with. Don’t worry, after their job is complete there’s plenty of another sort of action between Todd and Nick!

Ringed Love shows many different entities the Rugers must face in order to protect others. Throughout their lives the methods they use change and are adapted to each new situation. There also comes a time when they need to pass along their skills and knowledge. Like the true heroes they are they teach a new generation of sentries to take over and continue the mission of being protectors. Ringed Love isn’t simply about Todd and Nick Ruger, but about the changing world where they live.

New Colorado Protectorate fell with the assassination of Chancellor Clarke. Like many others, Todd and Nick Ruger left the land of their birth and made a home to the north in Yellowknife. Their world was ever changing. The time came to say a sad farewell to some of their friends and loved ones, but they were taken in with open arms by others and in turn offered shelter to yet more. Through the years they remained steadfast in their duty as sentries to protect and defend those that needed it the most.

Time marches on but through it all they hold each other dear and cherish the love they’ve shared. There are still angry ghosts, Windigos and water spirits to contend with. Their lives change, offering them new roles. When the time comes, they do what sentries have done for generations prior and teach others the skills to carry on as sentries. The Rugers lives were rich and their hearts full with their devotion and love for each other. The tradition of the sentries lived on forever. It was the legacy of Todd and Nick Ruger. That was the way it was always meant to be. 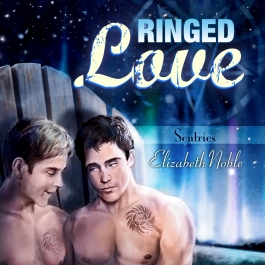 Todd saw the light from the opening he’d so recently created. From this vantage point, they saw bodies in various stages of decomposition and broken skeletons littering the entire area. “Not very neat.” He turned his Faraday lamp off and tucked it into his back pocket, then nodded for Nick to do the same thing when he heard a low, rumbling snore from the far end of the pit.

Nick silently sidestepped away from Todd and positioned himself so he helped Todd block the way back to the storm cellar. Curled in one corner was a fourth Windigo. It was huge, nearly twice as large as the previous three, and it held a child’s doll under one arm. Under the other arm were the remains of a pig.

Moving slowly, Todd reached around to his backpack and extracted a flint lighter. Nick pulled two bolts from his pack and held them out. They both sucked in a breath and held it when Todd struck the lighter and created a small flame. The Windigo shifted but didn’t appear to wake up. Todd ignited the bolt tips and they loaded their weapons.

Todd widened his stance and Nick dropped to one knee, gaze trained on Todd. Taking a deep breath, Todd aimed. He nodded ever so slightly to Nick, who then looked back to their target.

Another deep breath to steady his weapon and his nerves, then Todd fired.

The flaming bolt slammed into the Windigo’s center. A second later the bolt from Nick’s crossbow joined it. The area, and therefore the Windigo’s fur, was damp. The fire didn’t immediately catch.

Throwing the pig and doll to the ground at the same time, it lurched to its feet, and the Windigo raised both arms and screamed. It rampaged at them. The only thing that likely saved them was the fact it had to duck and run hunched over through the space.

Flames trailed behind the Windigo as it moved. Todd spun around, grabbed Nick’s arm, and hauled him to his feet, then shoved him at the opening. “Go!”

Nick dove through and rolled to his feet. He loaded a second bolt and shouted, “Down!”

Todd went down, all right. He heard his clothing rip and he felt a sting across his shoulders. The blow from the Windigo knocked him away from the opening to the cellar. He scrambled away and twisted around, landing on his back. He didn’t have time to reload the crossbow. “Sonofabitch!”

Elizabeth Noble started telling stories before she actually knew how to write, and her family was very happy when she learned to put words on a page. Those words turned into fan fiction that turned into a genuine love of M/M romance fiction. Being able to share her works with Dreamspinner is really a dream come true. She has a real love for a good mystery complete with murder and twisty plots as well as all things sci-fi, futuristic, and supernatural and a bit of an unnatural interest in a super-volcano in Wyoming.

Elizabeth has three grown children and is now happily owned by an adorable mixed breed canine princess and one tabby cat. She lives in her native northeast Ohio, the perfect place for gardening, winter and summer sports (go Tribe!). When she’s not writing she’s working as a veterinary nurse, so don’t be surprised to see her men with a pet or three who are a very big part of their lives.

Elizabeth received several amateur writing awards. Since being published two of her novels have received honorable mentions in the Rainbow Awards. Her novel Jewel Cave was a runner up in the 2015 Rainbow awards in the Gay Mystery/Thriller category. 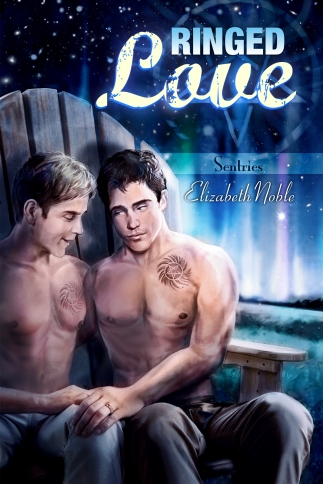