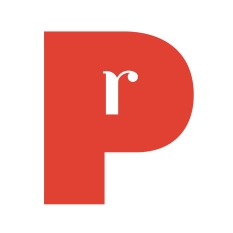 I’m pleased to have Posy Roberts here today, discussing her new book Spark, the first part of her trilogy North Star, and a little about herself as a writer.

P: Thanks for having me Brynn. I’m excited to be here.

B: Before we get into writing and your latest book, tell us a little about yourself.

P: On the most basic level, I’m curious. I truly want to understand the world better and writing is one of the ways to do this because I’m forced to sit back and observe rather than interact. I live in Minnesota with my husband, daughter, and our aging dog.

B: How long have you been writing?

P:  I’ve written on and off for years, but getting published seemed like a pipe dream. In 2009 I became very ill and ended up bedbound for a time. I read up a storm, happily stumbled upon M/M fan fiction, and when I wasn’t finding the M/M stories I wanted to read, I decided I’d give writing a more serious shot. I grew bored with writing other peoples’ characters pretty early on and decided to finally take a chance on getting published.

B: Do you write in any other genres besides m/m?

P:  I’ve written exclusively M/M so far and am not sure I’ll leave the comfort of this place for a while, if ever.

B:  If you could write anything, with no constraints on genre and a guarantee of publication, what would it be?

P:  I would probably still write M/M, but I wouldn’t write HEA or HFN all the time. Tragedy would be fun.

B:  What’s your favorite part of the writing process?

P:  I love when I get so lost in the story that I can literally close my eyes and type what I’m seeing in my head. I thank my mom at those moments for forcing me to take typing class in high school even though I thought it useless at the time.

B:  What’s your least favorite?

P:  My least favorite part of writing is finishing a story. I get to the point that I know I’m near the end, and I can feel myself physically tense. I’m excited but also don’t want it to end. I’ve even been known to walk away from a manuscript for a week or two just because I’m not ready to be done with the characters yet. That was the joy of writing a trilogy. All I had to do was open up a new document and write what happened next.

B:  Do you outline or plan your stories first or make up the plot as you go along?

P:  I have a rough outline of major plot points when I start most stories, especially North Star. I have to know where I’m going on something this long, but I’ve found over the years that if I write out too detailed of an outline, I feel as if I’m bound to it. Then I don’t take those chances or feel the freedom to explore moments that aren’t on my script. Many times, those end up being some of my favorite parts in my books, so I refuse to tie myself down too much. I enjoy being spontaneous.

B:  How do you decide where to set your books?

P:  I made a very conscious choice to set this trilogy in Minnesota, because I wanted to be able to visit and truly experience the places I’d written about rather than relying on Google Maps to “drive by” them. I also know about the culture in the state and have access to friends who have lived in many of these towns who are willing to help me get an even better feel of the communities than a visitor can get.

B:  Do you have a favorite character out of all the ones you’ve written? Why is he/she your favorite?

P:  Hugo Thorson from North Star has to be my favorite character. When we meet him as a kid in a small conservative city, he is quite reserved. As a man in his thirties, reserved is never a word his friends would use to describe him. I love that he was able to shed all the fear he felt in his hometown to become the wonderful man he is today.

B:  Where did the inspiration for North Star come from?

P:  The inspiration for North Star came from a real life conversation that blossomed into something else entirely. Spark is book one, and I realized very early in the planning stages that the tale really needed to be told as a trilogy. Spark is about love being rekindled years later.

B:  Did North Star start with the plot or character or something else?

P:  The major plot of the trilogy was what came first, which you won’t even see until book two. My major character, Hugo, actually came third, which was an oddity. It is truly Hugo’s story, even if Kevin is just as important. The impetus for the plot was something else I can’t talk about. 😉

B:  What are you working on now?

P:  Right now I’m working on edits for Fusion and Flare, the second and third books in North Star. Fusion is scheduled to be out in November. I’m also reworking portions of Spark to see if I can release it as a Young Adult novel.

B:  Could you give us a quick summary of Spark?

P:  Spark covers two time periods in Hugo and Kevin’s lives. We get to see how they first fell in love as teens. Nineteen years later, they have a chance meeting at the lake and fate takes over. More than anything, Spark is about having a second chance at the one that got away. Who wouldn’t want that?

You can read Chapter 1 here:

Here’s an excerpt from Chapter 2 of Spark.

“Just in time,” Myles’s mom said when Summer and Hugo rejoined the group now circled around a large fire roaring in an outdoor fire pit. “Lemon bar?” she offered, passing a large platter with bars cut at least three inches square. “And soon we’ll take out the boats to go watch the fireworks on the lake.”

“Thank you,” Summer exclaimed, handing Hugo one of the yellow, powdered-sugar-dusted treats. He took a bite and moaned at how good they tasted.

All around the yard, people continued to ask pointed questions about Hugo and Summer’s relationship, which pushed Summer to finally admit her engagement to Jason had just been broken. Sounds of sympathy reverberated all around, but Summer brushed them off, saying it was all for the best but admitting the wounds were still quite fresh.

“That’s why I’m here with Hugo. I needed to get away but didn’t think I should be alone.” Silence blanketed the backyard but was suddenly broken, and not only by the random pops of fireworks going off in the distance.

“Kev!” Myles yelled to someone walking across the yard, startling Hugo and causing him to take a deep breath just as he moved in for another bite of his lemon bar. Powdered sugar flew into his airway, choking him and causing tears to quickly form.

Summer slapped Hugo on the back as he tried to clear his throat to reestablish a decent way to breathe. “Keep coughing,” Summer encouraged, apparently recalling her first aid training and repeating the choking script perfectly while rubbing Hugo’s back. The rest of the crowd seemed to be greeting this newcomer, but Hugo couldn’t see through the tears in his eyes; everyone seemed to be glad to see him.

Myles’s mom pressed a cool glass of water into Hugo’s hand, and after taking a quick and much too shallow breath, he took cautious sips, finally feeling some relief. He felt people looking at him.

“Oh man. That was rough,” Hugo squeaked out, voice rough and raw. He coughed and coughed some more, taking a longer drink this time.

Hugo wiped the tears from his eyes and took some long but unsteady breaths, finally nodding that he could breathe again.

“Who knew powdered sugar could be deadly?” He laughed, hoping any remaining attention paid to his choking would be withdrawn. “I’m good though.”

Hugo turned so he faced Summer, still feeling people’s stares. He just wanted to blend in with the darkness until the redness on his face was gone. No matter what, he continued to feel one person’s eyes boring into the side of his head.

When he turned to see who it was, it was the newcomer, Kev.

At least, that’s who Hugo thought he saw through his tear-filled eyes. 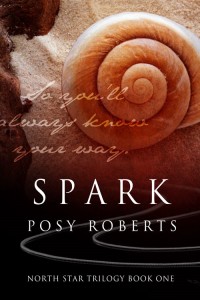 In their small-town high school, Hugo and Kevin became closeted lovers who kept their secret even from parents. Hugo didn’t want to disappoint his terminally ill father, and Kevin’s controlling father would never tolerate a bisexual son. When college took them in different directions, they promised to reunite, but that didn’t happen for seventeen years.

By the time they meet again, Hugo has become an out-and-proud actor and director who occasionally performs in drag—a secret that has cost him in past relationships. Kevin, still closeted, has followed his father’s path and now, in the shadow of divorce, is striving to be a better father to his own children.

When Hugo and Kevin meet by chance at a party, the spark of attraction reignites, as does their genuine friendship. Rekindling a romance may mean Hugo must compromise the openness he values, but Kevin will need a patient partner as he adapts to living outside the closet. With such different lifestyles, the odds seem stacked against them, and Hugo fears that if his secret comes to light, it may drive Kevin away completely.

Posy Roberts lives in the land of 10,000 lakes (plus a few thousand more). But even with more shoreline than California, Florida, and Hawaii combined, Minnesota has snow—lots of it—and the six months of winter makes us “hearty folk,” or so the locals say. The rest of the year is heat and humidity with a little bit of cool weather we call spring and autumn, which lasts about a week.

She loves a clean house, even if she can’t keep up with her daughter’s messes, and prefers foods that are enriched with meat, noodles, and cheese, or as we call it in Minnesota, hotdish. She also loves people, even though she has to spend considerable amounts of time away from them after helping to solve their interpersonal problems at her day job.

Posy is married to a wonderful man who makes sure she eats while she documents the lives of her characters. She also has a remarkable daughter who helps her come up with character names. When she’s not writing, she enjoys karaoke, hiking, and singing spontaneously about the mundane, just to make normal seem more interesting.